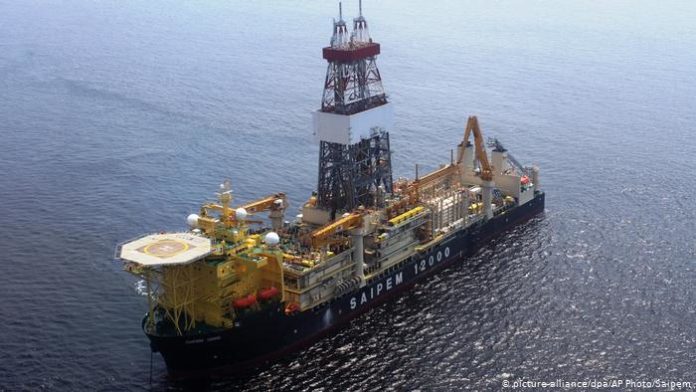 ANKARA, May 10 (Xinhua) — Tensions have flared up in the eastern Mediterranean, as Turkey said it is ready to start drilling for energy in the disputed waters off Cyprus, a move which further deteriorates ties between Ankara and the Western countries.

On May 6, Turkey said its ships would continue to explore for oil and gas in the sea that Cyprus considers part of its Exclusive Economic Zone. The two countries have overlapping offshore claims in this region.

The Turkish drilling ship “Fatih,” along with a second vessel, is expected to begin drilling wells soon, defying international arrest warrants issued for the crew of Faith by the Cypriot authorities, the Turkish press reported.

Meanwhile, the United States and the European Union also criticized Turkey for sending its ship to explore for energy in a zone that Cyprus and the self-proclaimed Turkish Republic of Northern Cyprus dispute fiercely.

The dispute came amid worsening relations between the United States and Turkey, the NATO allies, over Ankara’s persistence in purchasing and deploying Russian S-400 missile systems this summer despite Washington’s warnings of sanctions.

The United States has economic interest and geopolitical considerations in the eastern Mediterranean, where the recent discovery of large hydrocarbon reserves has generated contention. Washington also wants Europe to reduce its dependency on Russian natural gas.

Experts argue that the complexity of the dispute and the need for new energy resources make things difficult and conflictual.

“The United States has relevant economic interest in the area as some of its companies have been exploring off the Cypriot coast for some time. The eastern Mediterranean has become the most strategic region of the world,” Ugur Ozgoker, rector of the American University of Cyprus, told Xinhua.

In addition, Turkey and Greece, two NATO allies and neighbors, have unsolved territorial dispute in the Aegean Sea, adding to the complexity of the matter.

“There are very significant interests at stake in this region and Turkey has the right to defend its own interest according to and within international law,” pointed out Ozgoker, an expert on international relations.

However, some experts believe a solution could be inspired to for the island despite rising tensions in the Mediterranean waters.

“There is no question that the best option for the Greek Cypriot government is to form a joint commission with the Turkish Cypriots to manage ongoing hydrocarbon activities off the island,” Serkan Demirtas, a political analyst and journalist, told Xinhua.

According to Demirtas, such a move could diffuse the tension in the eastern Mediterranean between Turkey and Cyprus, allowing the latter to continue its oil and natural gas exploration around the island.

“A Greek Cypriot decision to abandon unilateralism when it comes to the oil and gas reserves of the island would likely open a new page between the two peoples,” he added.

Defending competition in the markets during COVID-19